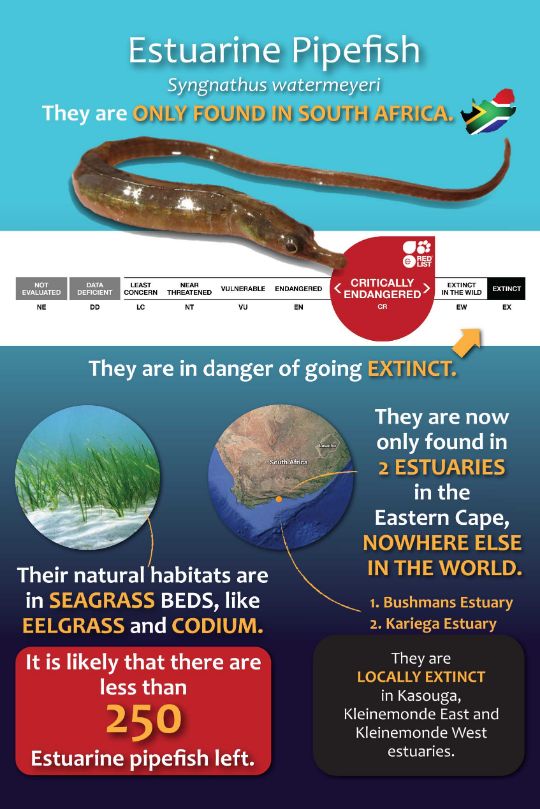 SAAMBR is excited to be collaborating with colleagues from Rhodes University, SAIAB and the University of Johannesburg on a critical project on estuarine pipefish. What is an estuarine pipefish you may ask. Pipefish belong to the family Sygnathidae and are related to the far more charismatic seahorse. This particular species – the Estuarine Pipefish – is endemic to South Africa as it is found nowhere else in the world. In fact – not only is it found nowhere else in the world, research in 2019 and 2020 revealed that the pipefish is currently only found in the Boesmans and Kariega estuaries in the Eastern Cape. Imagine that – a fish so rare that we only know it from two locations. Historical records show that the estuarine pipefish was discovered in 1963, when it was found in 3 estuaries. Since the initial discovery, it was not seen again and was thought to have gone extinct. Much to the scientist’s surprise, in 1996 tiny populations were discovered in the Kleinemonde East and West Estuaries.

This fish is truly estuarine and can survive the changes in salinity that occur in estuaries. It also depends on the dense eelgrass and Codium habitats found in these estuaries. These give the pipefish a safe refuge from predators, as well as being full of prey for pipefish to feed on. Just like seahorses, the males carry the eggs under brood flaps which sort of fold over the eggs.

As a Critically Endangered species our collaborative research fulfils two goals. Understanding the species genetics and behaviour. And vitally – sharing the species with the public. After all – we cannot expect people to care for a species that they do not know exists. By sharing this little pipefish with our visitors, we can raise their profile and encourage visitors to not only care about the pipefish – but also their habitat. Without suitable habitat, this most threatened pipefish in the world cannot survive. South Africa’s estuaries are under enormous human pressure, and we need to better manage these essential ecosystems. To learn more about estuaries, please read our informative fact sheet. And, if you would like to be one of the few people in the world to have seen an estuarine pipefish – please visit us at the uShaka Sea World aquarium.

Dr Louw Claassens, who has worked tirelessly toward the conservation of these little pipefish said ‘It is wonderful to be able to share the Estuarine pipefish with the public through the exhibition at uShaka Sea World. Through educational initiatives such as this and ongoing research we will be able to secure the future survival of this iconic species.’ 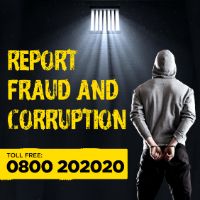